Todd currently serves as the Director with StreetSafe and oversees the Alcohol and Drug Education Program. Todd retired after 30 years of service with the NC Wildlife Resources Commission in 2017. Todd has been certified as a Drug Recognition Expert Instructor, Standardized Field Sobriety Instructor and National Seated Standardized Field Sobriety Instructor. In addition to these certifications, Todd currently serves on the NC MADD Executive Board, received the 2012 NC MADD DWI Hero Award and was recognized in 2012 as the NC Drug Recognition Expert of the Year. In 2013 Todd completed Session 252 of the FBI National Academy. Todd joined the StreetSafe team in 2010. 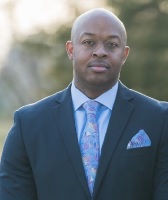 Corey was born and raised in the Garner area. In 2000, he began his career with John Deere as an Administration Assistant. During his 10 year career at John Deere, Corey worked his way through the organization and held multiple positions as Service Manager, Salesman, Assistant Store Manager, Territory Manager, and Commercial Worksite Products Division Manager. Although Corey found success while at John Deere, in 2010, Corey decided to follow his dream and pursue a career in Law Enforcement. In 2011, Corey joined the Enfield Police Department, where he started out in the Patrol Division. In addition to his responsibilities within the Patrol Division, Corey also held the positions of Governor High Safety Program Coordinator, Community Police Officer, Event Coordinator, and Squad Leader. In 2013, Corey joined the Johnston County Sheriff’s, where he was a Detective.  Since 2021, Corey has been with NC DMV License & Theft Bureau, where he currently is a State Law Enforcement Agent. He has a true passion for the Street Safe program and has been an active member of the program for the past six years. 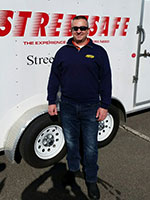 A native of West Haven, Connecticut, Senior Officer Caron joined the United States Marine Corps after graduating high school in 1993. Following an 8 year career as an Aviation Ordnance Munitions Technician, Caron left the Marine Corps and began his career in law enforcement as a corrections officer at Central Prison in Raleigh. In 2002, Officer Caron accepted a position with the Raleigh Police Department and spent 8 years on patrol in the Field Operations division. In March 2011, Senior Officer Caron was selected to join the Special Operations division as a motor officer on the Traffic Enforcement Unit. He holds professional certifications as a RADAR/LIDAR operator and chemical analyst, and has held positions on the department as a police training officer and member of the Crisis Intervention Team. Officer Caron volunteers much of his off-duty time as a firefighter with the Fairview Volunteer Fire Department and instructing young drivers through the StreetSafe program. Having served as the Orange County StreetSafe Coordinator for many years, Mike currently serves as our Piedmont Regional Manager. 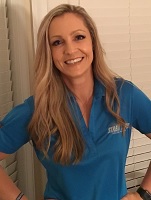 Kelly was born and raised in Texas. She joined the Marine Corps in 1997 and served as a Military Police Officer at Marine Corps Base Quantico, VA. After being honorably discharged in 2001, she moved to Raleigh, NC and worked as a Custom Protection Officer with the Wackenhut Corporation. She was promoted to Site Supervisor, then to Captain and eventually she was promoted to the rank of Major where she managed security contracts for the Eastern Region of North Carolina. In 2006, Kelly followed her dreams and began a career in Law Enforcement. She started with the Johnston County Sheriff’s Office in January of 2007 and has promoted through the ranks to Captain. Kelly and her family have a true passion for Street Safe. She and her husband have four young drivers who have all attended and have also worked with Street Safe. 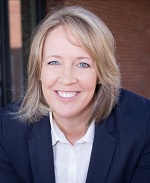 Charlotte was born and raised in Akron, Ohio before relocating to Louisville, Kentucky.  In Louisville, Charlotte began her law enforcement career in 1997 by starting out in dispatch for the Louisville Metro Police Department.  She was promoted in 2004 to the Crime Scene Unit where she worked as a Crime Scene Investigator until moving to North Carolina in 2008.  Charlotte attended the Basic Law Enforcement Training at Johnston Community College in 2008 and was hired by the Johnston County Sheriff’s Office upon graduation.  During her career, Charlotte worked as a Patrol Officer, Deputy on the S.A.F.E. (Sheriff’s Aggressive Field Enforcement) Team, as a Crime Scene Detective, as a Major Crimes Detective specializing in Child Abuse Cases, and her most recent assignment as a Lieutenant.  In addition, she worked for two years as the Investigator for the Johnston County District Attorney’s Office.  Charlotte holds an Advanced Law Enforcement Certificate, a Bachelor of Arts Degree in Criminal Justice from the University of North Carolina at Pembroke and is currently working on her master’s degree in public administration. 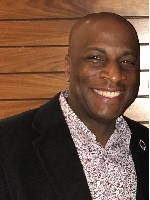 Derek was born in Baltimore, MD however, he was raised in the small town of Ahoskie, NC. In 1997, he began his career with the North  Carolina State Highway. During his years with the Patrol, Derek has worked his way through the organization and held multiple positions. He was a road Trooper, Line Sergeant, First Sergeant in Johnston County, Cumberland County, and Wake County. Derek is now assigned as a Troop Lieutenant in Wake County. In addition to his responsibilities within the Patrol, Derek also held positions as Governor Security for Gov. Michael Easley and his family. Derek is a certified Polygraph Operator. He also had the pleasure to serve as The President of the Fraternal order of police of Johnston County, which was held for two years. Derek has worked for the Street Safe  program for the past three years. 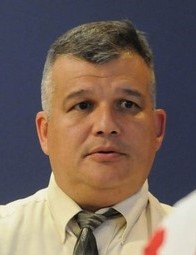 Charles “Chuck” Bost spent 30 years in law enforcement with the US Air Force, Wilmington Police Department, Leland Police Department and the University of North Carolina – Wilmington. He held several positions in that time as a patrolman, desk sergeant, shift commander, detective, patrol commander, investigations commander, support services commander and executive officer. He holds general instructor certification in North Carolina and is a certified Standardized Field Sobriety Instructor. He graduated from Pennsylvania State University with a baccalaureate degree in liberal arts and master’s degree from Methodist University in Administrative Justice. He also has been an adjunct professor in criminal justice with Cape Fear Community College and Wesleyan University. Chuck currently serves as the Lead Coordinator for the Brunswick County Team and also acts as the Coordinator for our Life Skills Program. 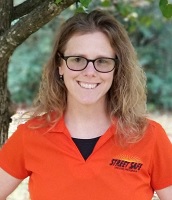 Kat has been employed with the Boone Police Department since 2007 and currently serves as a General Investigator. Originally from the mountains of VA, she obtained her Bachelor’s degree from Radford University in Criminal Justice. In her years of serving the Town of Boone as an Officer, she has received multiple certifications and has been a part of numerous traffic-related arrests and incidents. She enjoys serving the community in this capacity and seeing young drivers being positively impacted by this program. 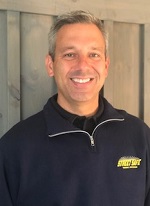 James is a native of Wilmington, NC, and a graduate of Hoggard High School. He has been employed full-time with the Wilmington Fire Department since 2003, currently assigned to the Fire and Life Safety Division/Fire Marshal’s Office as a Fire Code Official/Investigator/Master Firefighter. During his years with the fire department, James witnessed and assisted during the devastating aftermath of countless motor vehicle accidents. Those experiences, as well as being a parent himself, fostered a desire to see new drivers learn to navigate roads safely and with confidence. In 2014, James joined StreetSafe’s team and has been fulfilling the role of an educator ever since.

Larry has been serving the public with the Kernersville Police Department for the past 18 years, with the last 16 of those years being spent with the Traffic Enforcement Division. Larry is a Traffic Crash Reconstructionist and certified Chemical Analyst. He is the proud father of two children and a very happy grandfather of two. Larry has been with the StreetSafe Team since 2010 and currently serves as the Lead Coordinator for our Davidson County Team. 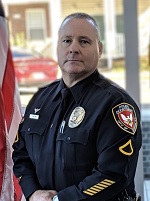 Larry was born and raised in Falls Church Virginia and moved to North Carolina in 1983. Larry has 27 years in law enforcement, most of those with the Durham Police Department. He has spent 12 years as a traffic crash Investigator/Reconstructionist, was certified by the United States Park Police as a police motorcycle instructor in 2006, is a general instructor, a chemical analyst, and a RADAR operator. Larry has been speaking to young people for 19 years about the dangers and consequences of bad decisions on the road. He joined StreetSafe in 2016 and is passionate about reducing the number of traffic crashes through education. 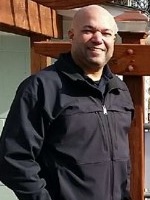 Ricky has been in Law Enforcement for over 16 years. He currently serves as the Sergeant over the Training Division for Patrol and Detention at the Orange County Sheriff’s Office. Additionally, he is a Specialized Firearms Instructor and a Specialized Law Enforcement Driving Instructor. He also oversees the Basic Law Enforcement Training Academy, offered through a partnership with Durham Technical Community College and these responsibilities include recruitment, selection of instructors, ensuring student compliance with rules and regulations, and development of a post-academy curriculum. Ricky currently works with StreetSafe in his community with the Drug and Alcohol Education Program, the Spanish Language Sessions, and serves as the Lead Coordinator for our Orange County Team. 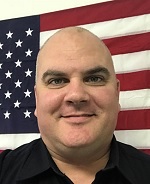 Michael is a Sergeant with the Kernersville Police Department and is currently assigned to the Traffic Enforcement Team. Michael has been a police officer for 19 years and has dedicated most of his career to traffic safety. Prior to being promoted to the rank of Sergeant, Michael spent 7 years with the Forsyth County DWI Taskforce. Michael is a Standardized Field Sobriety Tests Instructor, Drug Recognition Expert (DRE), and a Crash Reconstructionist. Michael graduated from Guilford College in 2015 with a BS in Criminal Justice/History (double major). Michael enjoys teaching others about traffic safety in the hopes of making the streets and highways in North Carolina a safer place for the motoring public. Michael joined Street Safe in 2018 and is currently the Street Safe Lead Coordinator for Guilford County. 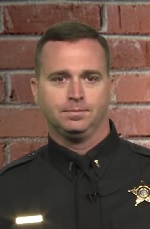 Kelly J. Cox serves as a Lieutenant with the Beaufort County Sheriff’s Office. He and his wife of fourteen years have two children. Kelly has been with the StreetSafe Team for four years and currently serves as the Lead Coordinator for our Beaufort County Team.

JJ started his career in law enforcement in 1999 with the Kernersville Police Department and transferred to the Traffic Enforcement Division in 2005. In 2007 JJ left the Kernersville Police Department and joined the North Carolina State Highway Patrol where he is currently assigned to the West Motor Unit. JJ is a general instructor, motorcycle instructor, and a traffic crash reconstructionist. JJ has worked with StreetSafe in Davidson and Guilford Counties and currently serves as our Forsyth County Lead Coordinator. 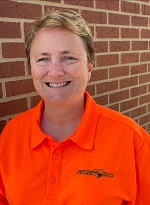 Kim Miller is a native of Wake County and has been a paramedic since 1993. She began her career at Wake County EMS before transitioning to the role of a Critical Care Paramedic at WakeMed in Raleigh, NC. She was with Garner Magnet High School Public Safety Academy as the EMS Chief/Instructor for 51/2 years before moving to WakeTech Community College as a Paramedic Instructor. She is a Level 2 Paramedic Instructor and serves as the Level 2 Program Coordinator for the Department of Public Instruction. She has been with StreetSafe since 2018 and served as the Lead Coordinator for the EMT EVOS driver training. 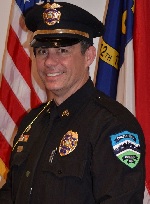 Charlie grew up in Puerto Rico and attended East Carolina University where he obtained a Bachelor’s Degree in Criminal Justice. Charlie began his career in Law Enforcement over 20 years ago with the Chapel Hill Police Department in NC. He is currently a Sergeant in the Patrol Operations Division. Charlie also has his General Instructor Law Enforcement Certification and teaches Basic Law Enforcement Training. He is bilingual and has a passion for working with the Spanish speaking population of NC. Charlie was instrumental in getting our Spanish Language Sessions going and is now the Lead Coordinator of our Spanish Language Programs.